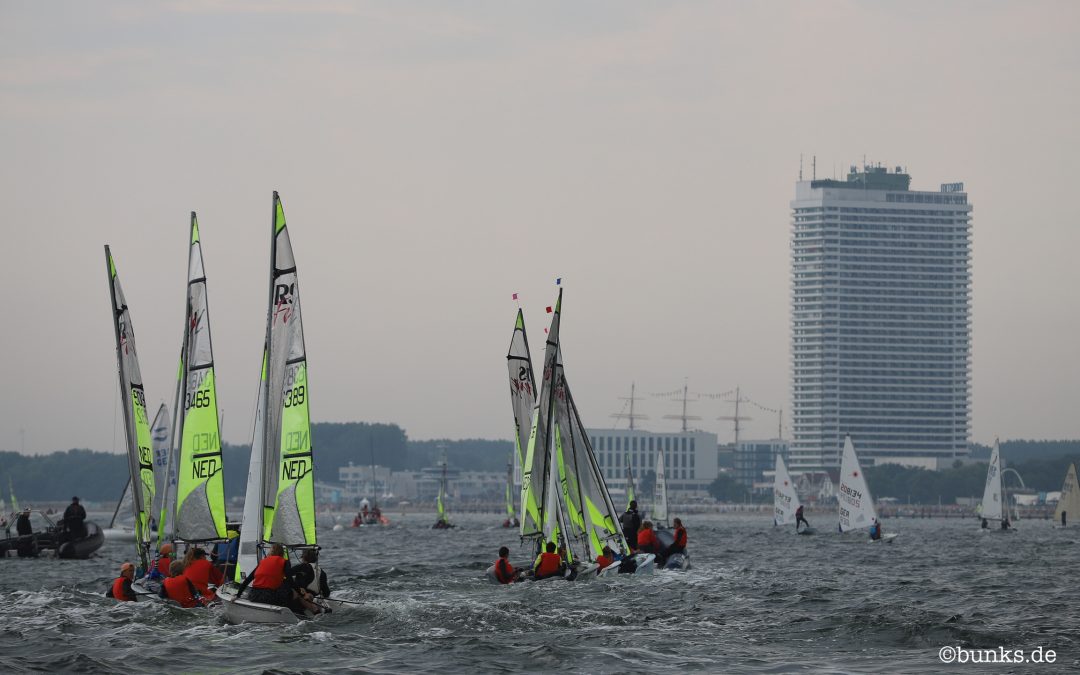 Today the Travemünder Woche kicked off and so did the Feva Worlds. After a night full of thunderstorms and a morning packed with rain, the racing was planned to start. The first day straight away was a difficult day, light and shifty winds made it hard to make the right decisions, both for the sailors and the committee. The committee managed to squeeze in a start for the first group, the second group also started, but had to return after a general recall. The race of the first fleet got abandoned, which led to frustrations in Italy, France and the Netherlands.
Then, the waiting game started and a towing race towards the beach began. Ashore we waited for further notices and sadly all racing got cancelled. Tomorrow the first warning signal will be at 10.00, so alarms will be set early!