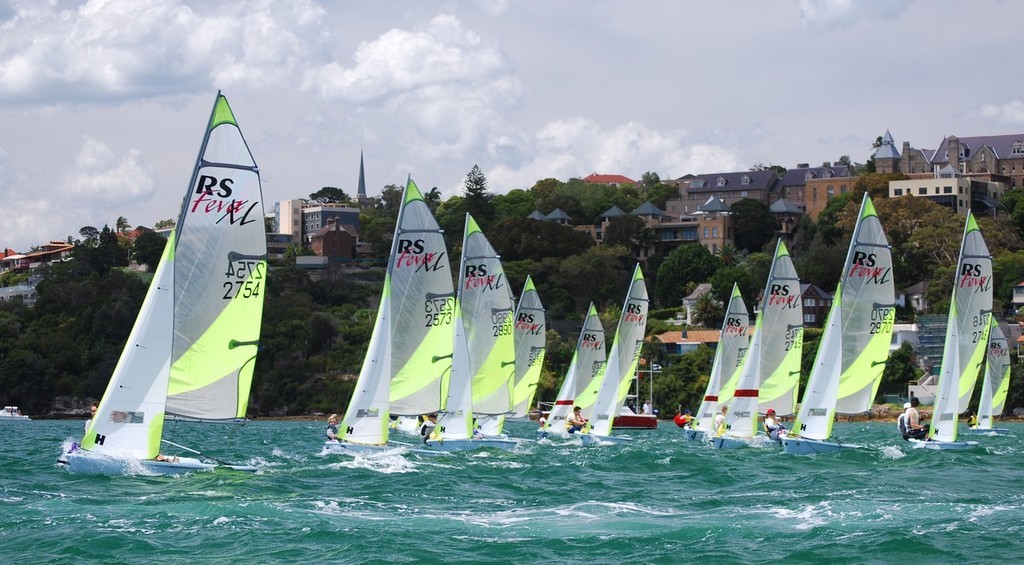 A change of conditions in Carnac for the final day – no, not rain – it remained hot and sunny. But the wind was taken on as early as possible and so hadn’t built up to full power, some 8-10kts for the penultimate race and maybe 10-12 for the final. Only 2 races were possible given the time constraints but they did end up deciding the division of the choccies.

Overnight leaders Jack Hawkins & Chris Thomas opened with a shocker whilst Owen Bowerman & Charlie Darling were also off the pace – but not by as much! Final day performers were Italian juniors Matteo Pilati & Mattia Duchi who climbed the rankings with a 1,2 finish! Owen & Charlie finished off their event in the perfect way with a bullet to be the only boat in the fleet with all top 10 finishes in the counting scores and that was that – world champions!

Despite the poor final day, the rack of individual race wins for Jack Hawkins and Chris Thomas was sufficient to just hold of the hard charging Italians for 2nd. Matteo Pilati & Mattia Duchi’s last day heroics lifted them over the Irish to take the bottom podium step. Despite a poorer final day than compatriots Dermot Lyden & Peter Stokes swapped positions with Vikki Cudmore & Amy Harrington by virtue of being able to drop a much heavier 2nd discard.

The Ladies World Champions title was nearly snatched by Veronica Maria Maccari & Marta Lenotti (ITA)from Vikki & Amy on the line but fell one point short. Third Ladies were Cathy Lear & Francine Counsell who had a lovely final day with a 7,3 sign off.

Harry Bowerman & George Thompson rounded off a wonderful week for the B family by rocking up in 7th overall 2 points ahead of the other super successful family the Lydens whose Brendan & Marc Cudmore were 8th. Rob & Emma Loveridge were 9th and first family ahead of Italians Leonardo Stocchero & Filippo Maccari in 10th.

Given that the first 2 juniors were also first and third overall (next year could be spicy if they both stay!) third Juniors were Italians Francesco Bozano & Cesare Massa.

The Silver fleet was sewn up by Italians Luca Carlini & Stefano Costini and was perhaps less surprising given that he is the most experienced Feva sailor here (5th year!) but illness had kept him off the race track for some of the Q series. Swedes Simon Karlsson & Mans Olander sailed a very steady series to be 2nd. Joe Winbush & Jamie Pearson got the 3rd podium position with a series that improved every day. Will Hussey (who took over from Ben Oliver after he tore his ankle ligaments –again!) and Tom Oliver led the minor choccies charge in 4th from Viktor Hogbom & Tore Wallden (SWE) 5th, and final choccie munchers Richard & Daniel Gilmer (IRL) 6th.

So what an event! The most perfect racing weather, with the best sunshine, sandy beaches, eager to please club and helpful volunteers. An atmosphere to die for with huge comraderie and a mega beach party involving it seems most nations youngsters after the prizegiving. A steady sponsor – sooo important! So thank you YC de Carnac, and thank you Allen. Next year we gather again in Muiden, Holland. Results on the YC de Carnac website